In 2012, I was contacted by the people of Fantasywereld. Besides their regular interviews with authors, they were interested in finding out a little bit more about a book translator’s work (interview in Dutch): Read the interview here.

Ron Puyn (Jack Lance) and myself started digging up old suspense novels, finding gems that had never been published as Dutch translations before. We wanted to change that. As a pilot project, we chose A Memory of Demons by David Ambrose. I did the translation, Ron Puyn published the book. The Dutch title is Dubbelziel, and the book is for sale on the website of Suspense Publishing.
Should this pilot be successful, the project will definitely be continued.

And we have a part two in the Vintage series. Just out: Over zijn lijk. A book by the famous James Herbert, never before translated! Buy it here Suspense Publishing.

Just fun, and recognizable for translators: the website of Translators Anonymous. 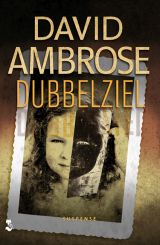